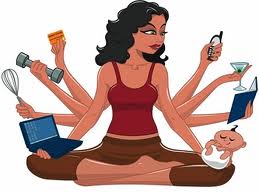 Do you remember Mr. Toad? He was in the Wind in the Willows, but is more famous I think for his "wild ride" at Disney World.  I haven't been there in years, so I can't say for certain if the song they play is the same one he and his horse friend sing in the movie about his adventures.  It's a catchy tune about merrily travelling along to nowhere in particular.


Our house was taken over by the stomach flu this past week, so there was plenty of couch time, which lead to movie time.  So the girls and I watched Mr. Toad and his adventures and the song reminded me of my adventures with my sister Mare and how this song fit perfectly many a journey we have had and hope to have again.   Not that we need actual songs, we can pretty much come up with a parody in seconds flat to suit any situation.  I've noticed my girls doing this from time to time, does a momma proud, it does.


You see, Mare and I could make a vacation anywhere, BUT we used to have alphabet weekends.  Sadly it's been 9! NINE! years since our last official, full-on letter weekend.  Sure, I've had two gorgeous girls in that time frame but I think we're gearing up towards a weekend.  It's long overdue.


So in preparation, let me explain.  Kinda like "Fight Club" in that the first rule of a weekend is that there are no rules.  But in including or should that be inducting? my niece, Mare's daughter, in a one-night stay not too long ago, we realized, gee, there really are a lot of "no rules" rules.   First, naturally is the letter.  Now you may assume, like most do, that we've gone in alphabetical  order and you'd be wrong.  The order was simple chosen by the place we were going to.  If we were going to Maryland, then the letter would be "M".  Then the food, music, movies and - clothes. Yep clothes, costumes really, must all begin with that letter.  The "M" weekend would have included maternity clothes, Minnie & Mickey Mouse, men, and so on. Sticking with the "M" weeked here the menu included Milkyway Cake, pasta w/Mushrooms and since we're vegetarians, it was all meatless.


We always need champagne.  Moet was good for the "M" weekend, but some other weekends proved more of a challenge causing us to come up with creative names for it, like "golden goodness" or "entitled effervescence".  Here's a pic of a typical weekend refrigerator.  There's always guava juice b/c we're always trying new champagne b/c it has to match the letter and sometimes, it's awful.  BUT throw some guava juice in there and even the worst champagne is totally drinkable.

If it's not the state driving the letter, sometimes it's the name of the town or the hotel.  Like the "P" weekend was at the Powhatan Plantation in Virgina.  We were actually there twice, so the second trip was an "R" weekend for "repeat".  Dressing like Royal Rastafarians while listening to reggae was one of my favorite memories from that trip.  Ahh, good times, good times.  But it's serious business!  The correct bed must be chosen by jumping on all of them of course.  (Don't tell that to my kids!)  No matter the letter Carol King's Tapestry album always comes along and we can always find a reason why it's allowed.  It's funny,we would literally fill up the entire car, back seat and trunk both with all our equipment. We'd need all CD's even if it was for just the ONE song that began with the letter that we were going away on...the movies that were in the queue for the weekend,  I vividly recall freezing the part "Time Cop" when Jean-Claude Van Damme jumps up on the counter several times when were in Truro, MA.  Now, in the nine! 9! (still can't quite get over that) years since we've gone, there are iPods and we wouldn't need to bring 100's of CD's or bring a TV and an ancient VCR - yes at one time we actually brought a VCR and had to drive into the town looking for cables. Though on that last trip we brought my nephew's playstation to watch DVDs and then proceeded to call him 14 times to ask him his code and then ended up having him come to the hotel where we were staying (hysterically it was only about 9 miles from my sister's house) to help us out.  And you know what? It was all good, because it was the "V" weekend and he was a visitor.


There are games, did I mention the games? Oh, there are games. Like hopscotch, hungry hungry hippos, skip-bo, rock-em-sock'em robots, you get the idea, normal games that we grew up with, then ones we make up like, blindfolded bowling. Hey, we have a weekend to fill! No boredom allowed, not that it stands a chance anyway.


We also decorate as soon as we get there.  The "V" weekend we decorated like a varsity game and later dressed like cheerleaders in varisty sweaters, naturally we were also vampires that weekend, this was waay before the "Twilight" craze.  "H" weekend, was a Hawaii, Happy Birthday, Hillbilly kinda thing.  We dressed in housecoats called ourselves Honolulu honeys.


And flowers, always have fresh flowers. See for the "F" weekend they could simply be just flowers, but for the "R" weekend, roses, the "P" weekend, pansies, "V" weekend violets, etc.


More on the menu ~ We have a no rules rule here too.  There is one elegant dinner the last night, where we save the third? to the last best bottle of champagne for; the last being saved for the morning we're leaving to have with our super decadent dessert breakfast and the second we had our first night.  Got that? The 40 in between, well..they were just fillers.  Sometimes we have to drink other stuff too (poor things that we are), like Beefeater gin on the "B" weekend - Blue Curacao was also along that trip - I barfed blue just to keep things in the spirit of the weekend.  Gin - ew.  I happened to be blond for that weekend - you see how far we're willing to go for this?  This is serious stuff people.  We even wrecked the car on the "W" weekend.  Well, I wrecked the car, Mare's car.  She was recovering from ACL surgery so I was driving.  We were attempting, not for the first time, to get to Falling Water - yea - still haven't seen it.


Most of these are documented in a journal and with some pictures.  We even had a week once ~ "N" we were in Nantucket off season.  Beautiful.  We had an entire house of beds to jump on...and fake noses.


This was back when I was juggling a completely different set of struggles, work and the stress of wanting a family and a house and here I am now juggling those struggles...careful what you wish for! :)
But there's no need to worry about that, there will always be struggles to juggle as we walk through life...a weekend however has been way too overdue.  AND after this upcoming week off from school that my kids have - I'm really going to need one, especially since my oldest said I should give up wine for Lent.  This was during a discussion about what to give up for Lent and I jokingly said that St. Paddy's Day was during Lent so I knew I wasn't giving up beer because I had to have a beer (or 3) on St. Patrick's Day, to which she replied, then give up wine. OUCH. Smartass.
Posted by Moontig at 11:24 AM

We're all struggling through our days, juggling our lives as best we can. Some times are harder than others, some struggles more difficult and some are just downright hilarious.

I am a stay-at-home mom of two beautiful, creative, and often impish little girls. We live in the house I grew up in (built in 1931!) and it is the bane of my existence, it likes to fall apart, in giant and expensive chunks to drive me insane. We call it the Apocalypse House. It's one of my main struggles.